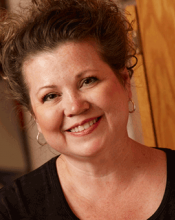 After graduating from high school in 1988, Jill Limas attended two universities but ended up on academic suspension for one year. Her next step – working full-time at the Sarpy County Courthouse – contributed to her current pursuit of becoming a mediator.

“There (at the courthouse), I grew up, fell in love with the Nebraska judicial system and discovered that I loved learning,” says Limas. She spent 10 years working her way up in several departments. “When I mastered everything I could at the courthouse, I realized I must return to school if I want to advance my career.”

But when her grandma couldn’t live on her own and moved in with her parents and Limas’ dad became ill, she moved back home to help her close-knit Italian family.  “During that time, my resolve to return to school became even more focused,” says Limas. “I also became a single parent. Fortunately, my family was very supportive during this time.” She attended a community college, but found that her infant son wasn’t receiving the attention he needed, so she put her education on hold.

Now her son is 12 and Limas has completed her undergraduate degree in December 2014 in creative writing. “With my son’s encouragement, I put attention to my education once and for all,” she says. “I think he wanted to see if I practice what I preach to him! He hasn’t been disappointed.”

Although she had fears about attending Creighton, such as whether she could “cut the muster,” in reality she found she could do well and even help others who struggle. She also has met other students like her who are single parents and working full time. She’s made friends.

It wasn’t easy. In addition to working full time as a legal secretary at a law firm while earning her degree, she also has made time for campus activities, including the Committee on the Status of Women, the Faces of Creighton and Omicron Delta Kappa national leadership honor society. To squeeze in so much, she schedules every minute of every day. She also has her schedule planned out seven months in advance.